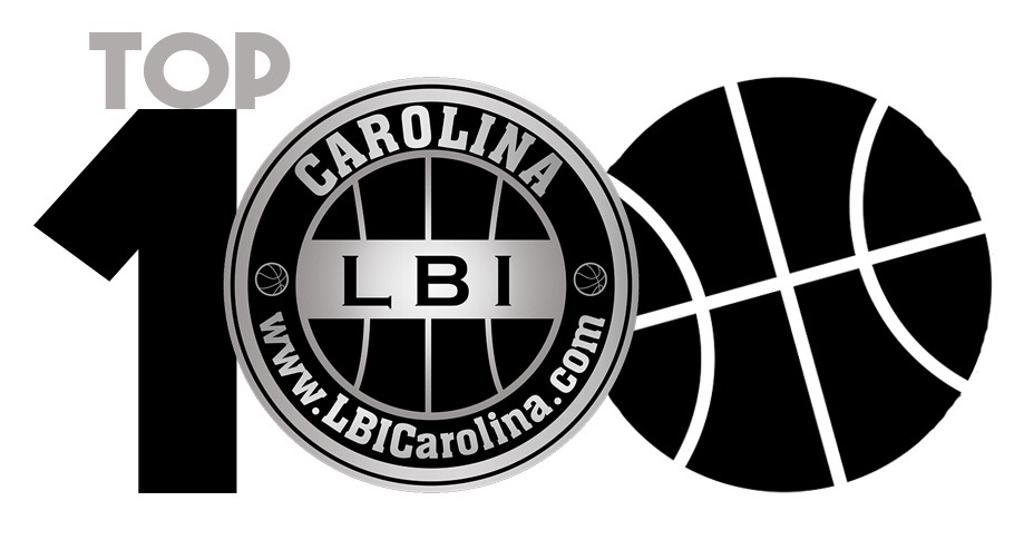 The LBI Carolina Top 100 exposure event was the place to be if you were a top athlete in the Carolinas. Here is a breakdown of what these 2023 guards can offer.

Quayla Nolan | Southside High | G
Nolan showed no fear going inside to make a move. She showed strength when dominating inside against tough contact. She crashed the boards, too, going after rebounds. She made smart cuts in and out of the defensive gaps to show off her jump shot.

Madisyn Jordan | Panther Creek High | CG
Jordan uses her height and length well running the floor contributing on fast breaks and being a force inside. She had a stellar block on a fast break attempt by her opponent. She had her way inside moving opponents where she wanted them to go, and she could also shoot from all over the court including from behind the three point line.

Miya Giles-Jones | Terry Sanford High | G
Giles-Jones was dominant handling the ball doing all kinds of fakes to throw off the defense. She moved well with the ball always protecting the possession. On defense, you can find her grabbing rebounds and creating blocks and steals to end the possession of her opponents.

Skylar White | E.E. Smith High | PG
Showing that she knew how to always get defenders off of her, White had some nice moves to create separation. She showed off a nice hesitation move as well when driving to the basket. She was a hustler, too, going after loose balls and rebounds.

Sydney Barker | Jordan High | PG
Barker showed that she is a true point guard with her ability to handle the ball so efficiently. She pushed the ball up the court, and she knew how to create separation to show off her shot. She drove the ball against tough contact even creating an old fashioned three point play for herself. Don’t be surprised to see her grab a rebound and push it up the court in no time.

Evangelia Paulk | Asheville High | SG/W
Paulk knows how to use her length grabbing rebounds and being effective inside the paint. She can also shoot from all over the court, and she handles the ball well pushing it on fast breaks. She shows good anticipation on defense jumping into passing lanes and tracking the ball to make some blocks.

Macy Wike | Smoky Mountain High | G
Wike consistently uses her vision of the court to figure out the best ways for her to contribute. She jumps into defensive gaps looking for a pass, or she jumps into passing lanes when she is on defense creating steals. She can handle the ball well pushing it up the court, and she has a nice shot from all over.

Jyana Salton | Porter Ridge High | G
Someone who is a quick and effective decision maker was Salton. She pushed the ball up the court on fast breaks, and she was always present to help out with a pass or rebound if someone else was handling the ball in transition. She also made very good passes to her teammates trying to get everyone involved.

Faith Robertson | Dalton L. McMichael | G
Robertson is a true hustler going after loose balls and closing out on opponents when playing defense. She can drive the ball herself, or she shows off a nice assist when passing to her teammates. Her vision of the court is very good knowing how to get her teammates involved or where she can move to be an asset on the court.

Lindsey Avant | Sun Valley High | G
Avant could do it all on offense. She crashed the boards going after second chances. She handled the ball well protecting the possession and pushing it up the court moving from one end to the other. She was able to turn plays that seemed to be broken down into two points with her jump shot, and she was able to shoot well from downtown.

Valerie Veauthier | Pine Forest High | PG/SG
Veauthier showed no fear of contact. She can drive down the middle of the lane against any opponent. When she wasn’t handling the ball, she was constantly moving into the gaps on defense making some nice cuts in order to get a pass and show off her shot.

Rhian Lawrence | Cardinal Gibbons High | PG
Lawrence was very effective at handling the ball. She was patient with making her cuts and passes. She had some nice passes into her teammates to get them involved, but she was also able to score herself from many areas of the court.

Reychel Douglas | Millbrook High | CG
Douglas used her length to move quickly up and down the court handling the ball and even showing off spin moves to blow by defenders. She fought through contact when making drives inside, and she showed how lethal her outside shot was. She followed each shot looking for a chance to put it back up for some points.

Darrionna Howard | Clayton High | G/SF
Howard was constantly moving end to end quickly with the ball making fast breaks look easy. These fast breaks were created from her steals, and they usually included some nice moves from her like a Euro step or fighting through contact. She was effective inside, too, being strong with the ball and posting up to create some points.

Destiny Carless | Rolesville High | PG/SG
Carless used her vision of the court to slide into the areas that she was needed. She crashed the boards going after offensive and defensive rebounds as well. On defense, she was not deterred by other guards’ ball handling and fakes keeping her opponent in front of her.

Kylah Silver | D.H. Conley High | G
Silver showed great anticipation on defense jumping into passing lanes and being able to track where the ball will bounce off the goal to grab a rebound. She used these opportunities to push the ball up the court on fast breaks even creating a three point play for herself fighting through contact. She was patient when letting plays develop especially when throwing the ball in bounds.

Zoe Henderson | North Mecklenburg High | G/F
If you want someone who can play essentially all positions on the court, Henderson is your girl. She handled the ball well pushing it up the court running from end to end. She also showed off her strong power dribble underneath in order for her to get the position she wanted to score. On defense, she created steals quickly turning those into fast break opportunities.

Jessica Woods | Westwood High | G
Woods seemed to be involved in every fast break whether she was handling the ball or getting the pass to score. She drove all the way to the basket, or she would pull up for a jump shot in transition. She also showed that she could see the floor well making some effective passes to her teammates. She hustled back on defense every time tracking the ball to create blocks and steals. 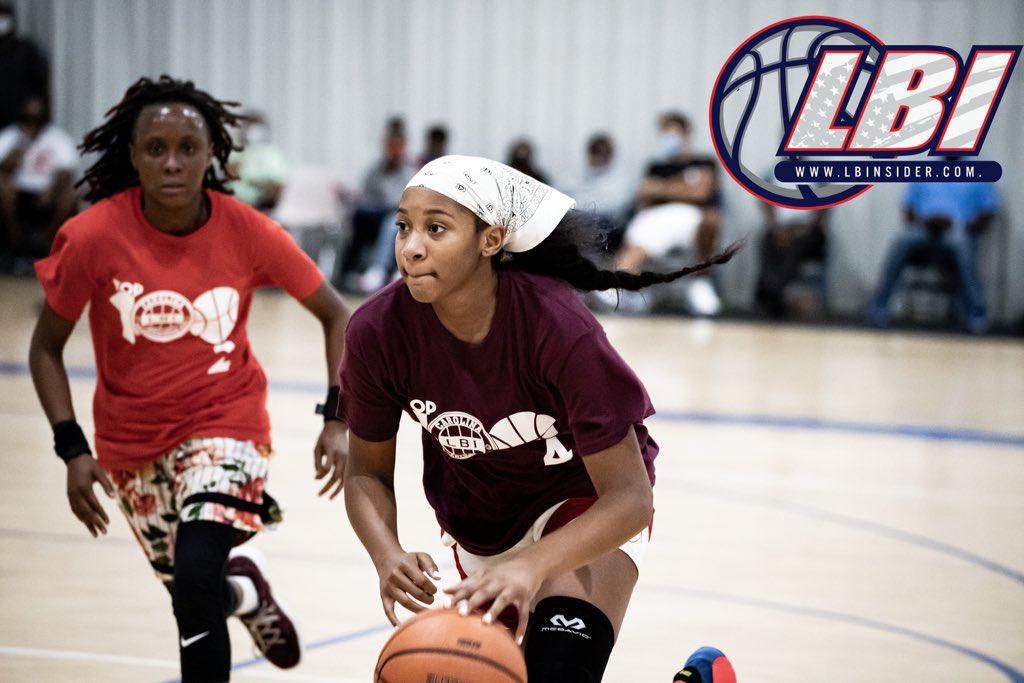 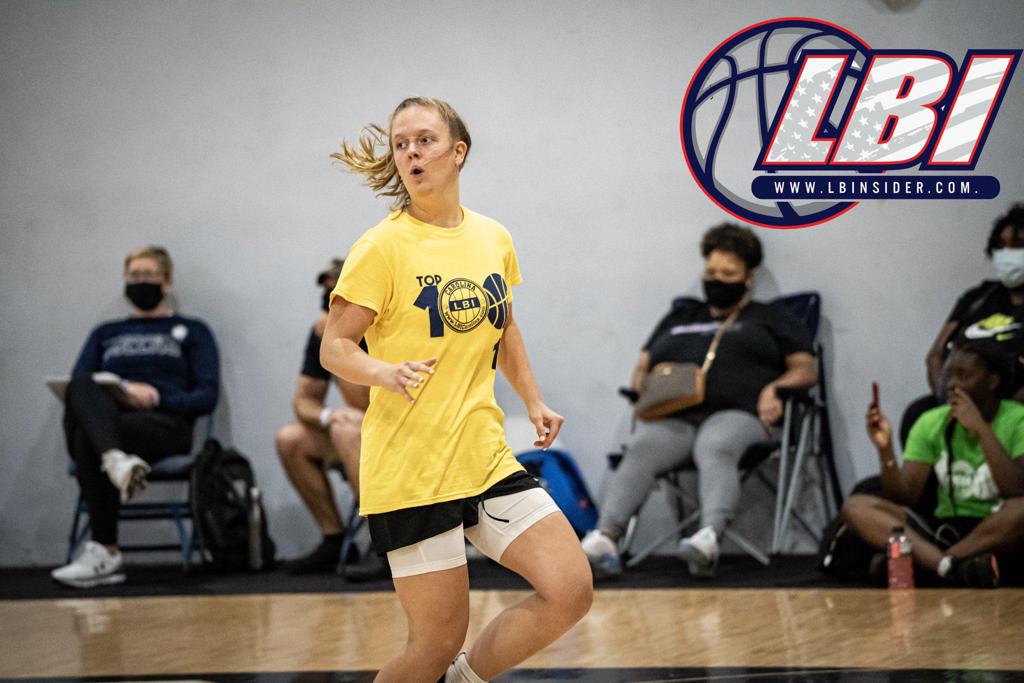