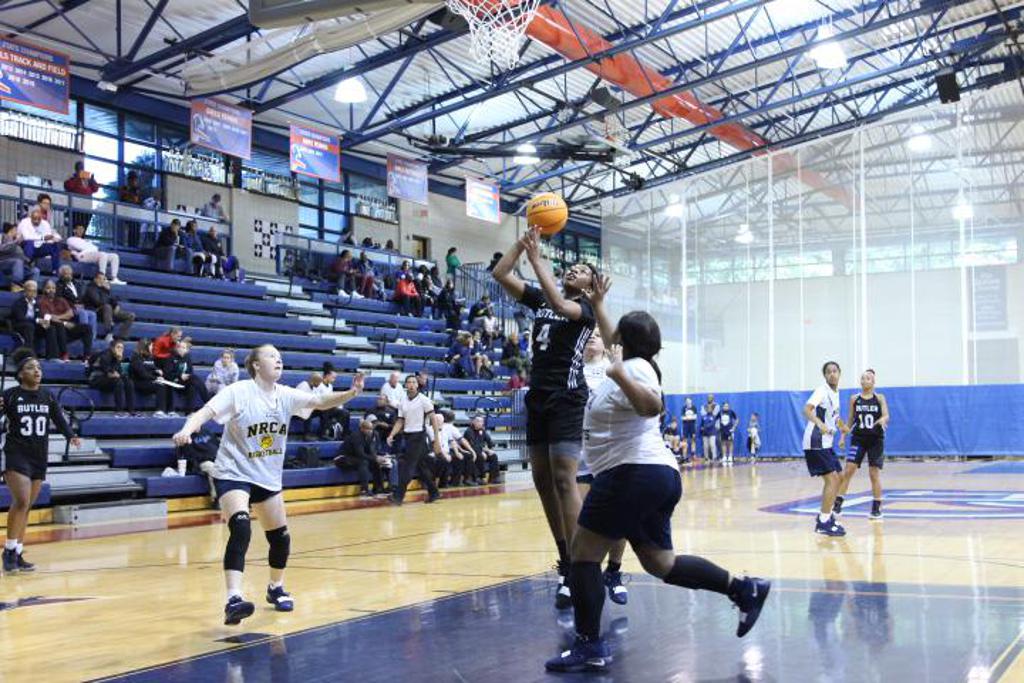 Charlotte, NC – Providence Day Super Scrimmage is a staple in the North Carolina high school basketball community, a must play event. Talent level is always high and it’s a great place for college coaches and media outlets to lay eyes on some of the Carolina’s best teams and players along with some of the best kept secrets and future stars.

Michaela Lane 2020 6’1 SF Butler HS (NC)
It’s surprising that Lane’s recruiting is still wide open after a very good summer with her travel team. She is a versatile forward that showed she can play on the block and the perimeter. Does a great job rebounding both ends, can knock down the 17’ jump shot and shows off her athleticism finishing the break.

Zykeiah Benjamin 2021 5’9 SG Concord First Assembly (NC)
Freakishly athletic guard that can get in the paint at will. Long wing span allows her to cause havoc on the defensive ends, she gets lots of deflections, effectively rebound outside of her area, an improved jump shot would take her to the next level.

Danisha Hemphill 2021 5’10 SF Freedom HS (NC)
High motor kid that finishes strong when attacking the rack. Good size on the wing, consistently knocks down the 3 ball. One of the key parts on a Freedom team that will contend for a state championship in March.

Braylyn Milton 2021 5’11 SG Independence HS (NC)
Milton had a good day at the Super Scrimmage, she showed an improved jump shot from beyond the arc, very vocal on a team where she is the go to player. Hard to stop in transition and attacking from the wing. Looking for a big break out season from her.

Taylor Henderson 2021 5’10 SG Myers Park HS (NC)
College ready body, plays very strong on both ends, I was impressed by her on ball defensive ability, showed she can knock down the 3 ball and finish in traffic. Would love to see her add a midrange game to her bag, would really push her to the next level.

Morgan Kelson 2020 5’10 PF Providence Day (NC)
Rebounding machine, kid gets to balls that she probably shouldn’t. High motor, can defend 3-5, strong finishing in the paint, can make the 15’ jump shot. Will have a big season for Providence Day.